Manufacturing dH98 Mosquito radiators and heaters, and re-building the oil cooler for KA114

The de Havilland dH98 Mosquito has large but compact cooling sets mounted in the inner leading edge of each wing, with the set for each engine being a mirror image of the other.  Each cooling set, comprises the engine oil cooler, the main engine coolant radiator, and the cabin or gun heater, all sitting on a common tray.  English examples were made by Morris Motors Radiators Division Oxford, Australian examples by National Radiators Adelaide, and in Canada by a company that we have yet to determine.

There are no detailed drawings available for these radiators.  To manufacture these we back engineered from original examples and used Morris Motors drawings of Spitfire radiators to help with specific core design information.  There was of course much internet research.  Warren Denholm at Avspecs provided a matched pair of Morris Motors Radiators Division oil coolers, copies of original drawings of the installation and a section of a Morris Motors Radiators Division repair manual that contained a sketch.

Glyn Powell loaned us an original Morris Motors Radiator Division radiator which was quite different to the sketch above, and two complete radiators which did look like the drawing above.  We were also able to inspect several cabin heaters which evidenced three different manufacturers.  Presumably then we had examples of English, Australian and Canadian manufactured radiators. In total we noted that there were three different core designs with different tube sizes and pitches, some cores made in one block of four rows of tubes, some in two blocks of two rows of tubes.

To give some idea of the complexity of these items, each main radiator consists of 27 different items totalling 1240 individual pieces ie 328 tubes, 328 tube fillers, 240 fins, 144 tank ties and nuts, the list goes on and includes 149 copper rivets and 72 steel rivets.  Each heater radiator is simply a miniature main radiator and so equally complex.  The oil coolers were in relatively good condition and so were re-cored. The copper tubes for the cartridge oil cooler cores are made to original specs as per drawings for MK9 Spitfire oil cooler cores.  All parts for the radiators and oil coolers with the exception of the rivets are made in-house. 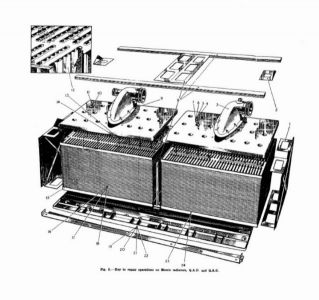 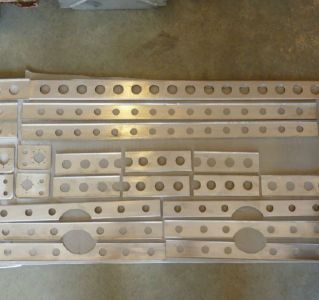 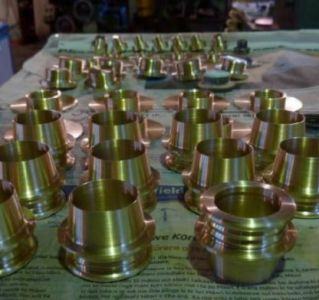 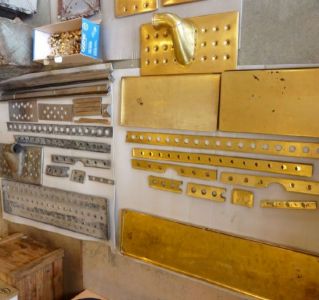 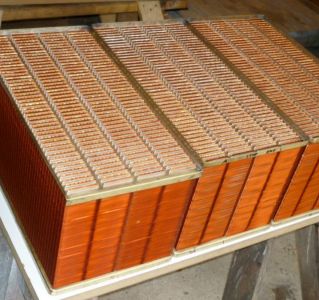 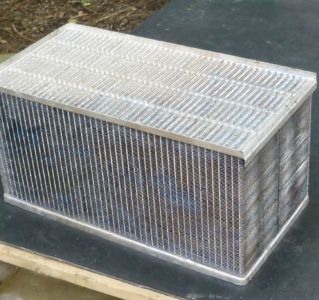 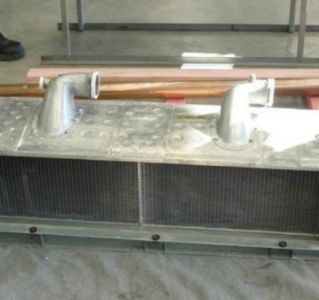 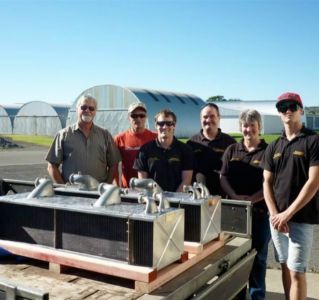 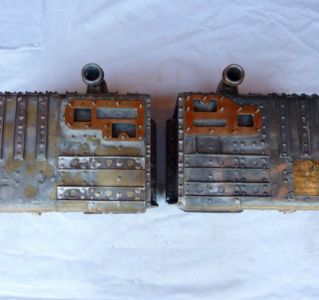 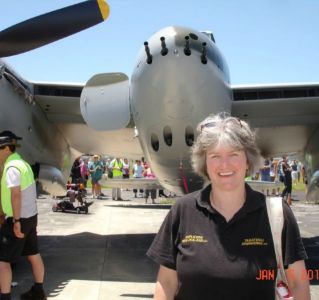